The series Limits of forgiveness is about how events, which you have not experienced yourself, still affect through parents or other influence during growth. Weakness in the face of confrontation with intolerance and avoidance to take personal responsibility are discussed in the last part, Image of a Traitor (video 8:52, 2017).

The first work in Limits of forgiveness is the video Onkel Kurti (HDV video 23 min 2008). Hapetzeder uses prejudicial utterances as heard in famous tourist sites in Istanbul. The work additionally reflects his struggle with his growing up, in part with a hibernated Nazi, from Second World War, as a godfather. The film takes the form of a violent but also humorous encounter with Turkish culture. Thematically it expresses a question on generational transferred guilt and trauma. Produced during a residency at IASPIS Platform Garanti in Istanbul. Please click here for the Onkel Kurti trailer 2:33, 2009.

In the second part of Limits of forgiveness, containing Origin On, Grandmother and Origin On re-cut trailer Hapetzeder carried out in-depth interviews with people who have second- or third-hand experiences of Second World War. The three channel video installation Origin On (54' HDV 2009) was first shown at Uppsala art museum and produced with support from BAC Visby, Film på Gotland, Svensk-norska samarbetsfonden and HKS Bergen.

The last part of Limits of forgiveness is Image of a Traitor (video 8:52, 2017). The material is based on an encounter with a person from childhood with links to Nazi Germany who suddenly turned up in my hometown. How come he was not dead yet, after all these years? The act of filming became a protective effort revealing a repetition of the wordless shame from childhood of not being able to openly oppose an abhorrent ideology. Produced in framework of the Carousell project with Kristina Kvalvik, Marit Lindberg and Henrik Lund Jørgensen. 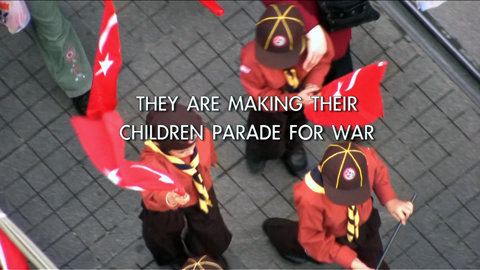 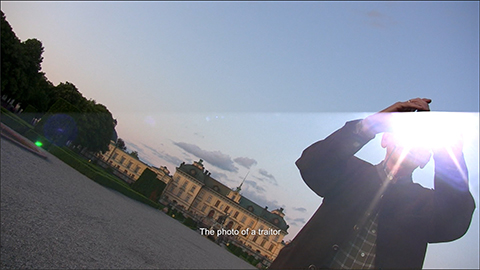