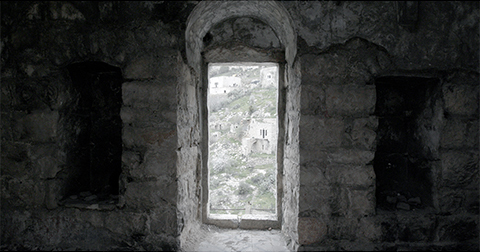 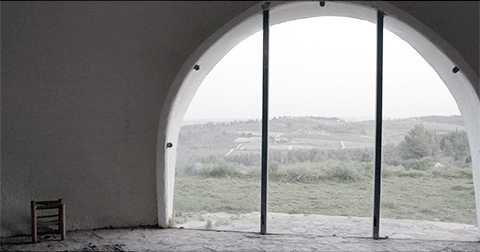 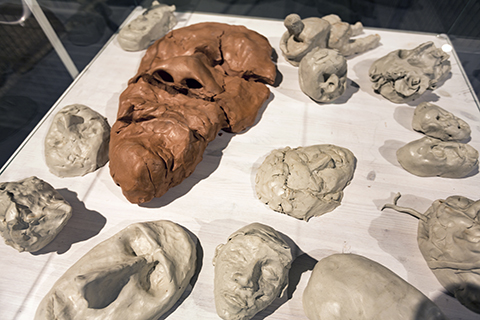 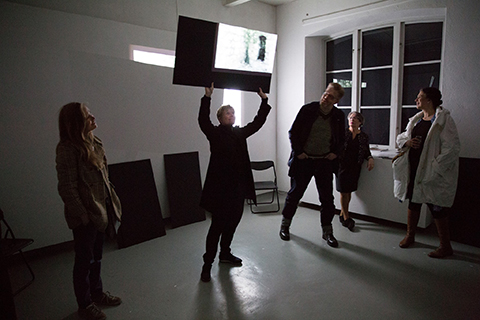 Collaborating Piece studies the complexity of collaboration by starting in a highly politicised conflict zone and two significant locations. The work furthermore connects the projection plane of the moving image with two- and three-dimensional interactions by audience participation.

I am interested in how place and writing of history affect the individual. This is visualized through video, audio, installations and adapted workshops. Through the constant, monotonous motion of the panoramic video, equal focus is given to the entire sequence, making the video material act as a form of pattern. The video material is filmed 360 degrees in 4K raw with a motor head, adding a dispassionate, neutral element, implying that this is part of a careful examination. The audio material was collected in the so-called Oasis of Peace 2018, a place in Israel where Israeli Palestinians and Jewish Israelis have chosen to live together. The authors Rayek R. Rizek (Palestinian) and Yair Auron (Jewish), who are also residents of Oasis of Peace, respectively make clear that cooperation is not as easy as choosing one or the other side. Here a utopia was built which today has become a pragmatic reality. Lifta was an ancient Palestinian village of great cultural value close to Jerusalem until its population was driven out during the war of 1948. The village has been left abandoned ever since. Recent plans to destroy Lifta's cultural heritage by remodelling it into a luxury housing area have been stopped by a united group of Israelis and Palestinians. The video panoramas in Collaborating Piece are filmed in two very specific houses in Lifta and Oasis of Peace respectively, bearing witness of the power of collaborative efforts. An example of how co-operation and mutual respect can form a kernel of hope in this seemingly insolvable conflict.